Of the nominees for the 50's, the award went to Cliff Richard. He was unable to be there in person, but a video message was shown. Unfortunately Chris Blackwell was not present, as he had sadly lost his dear wife on Monday. The evening was rounded off with a brilliant finale… Jamie introduced back to the stage one of Chris Blackwell's signings as Free and his backing band. This was totally the high spot of the evening, Brian delivered that well known riff flawlessly and looked to be thoroughly enjoying himself.

Paul Rodgers' voice and performance was nothing short of inspired, capped off by tossing his mic stand in the air…. As 'The New Free'… really not bad at all!!! It is always a pleasure to see and hear Brian and Roger apply their skills to familiar riffs and rhythms of bands they admire and it has to be commended that the sound was superb for the entire evening.

FOR the past five weeks Channel 4 viewers have been taking part in a poll to decide the greatest rock acts of all time. They voted for one star from each of the past five decades to join five acts chosen by judges to create a UK Music Hall Of Fame. The results, unveiled last night, are sure to generate controversy.

Here ten writers explain the enduring appeal of their own favourite from the Hall Of Fame. Singer Freddie Mercury was an exhibitionist who called everyone 'darling', painted his fingernails black and had bigger buck teeth than Bugs Bunny.

Guitarist Brian May sported the world's naffest hairstyle, bassist John Deacon was a nonentity and drummer Roger Taylor was a public school pretty-boy. The public, however, had other ideas. From the moment Queen first hit the charts in , audiences were swept away by their dazzling showmanship and musical virtuosity. Their versatility encompassed the gloriously grandiose lunacy of Bohemian Rhapsody, the disco simplicity of Another One Bites The Dust, through to football stadium stompers such as We will Rock You.

They were still rocking just as hard at their final concert, before , people at Knebworth in By then, though no one knew it, Freddie Mercury was dying of Aids. But in his leaving, Mercury attained true grace. His camp flippancy gave way to raw courage. And, to this day, it has. Read on to see if EMI have managed to continue with the current run of quality Queen concert DVDs, and to see what, if any, extra features this set contains. Queen were, without question, one of the top live acts ever to grace the rock and roll stage.

With a front man who was as eccentric as he was talented, they literally rocked the world for over twenty years with their original sound and envious catalogue of hits. Live at the Bowl gives us the first chance to see a concert from their Hot Space Tour of , and was recorded in June of that year. Queen were scaling new heights at this point in their career playing sell out gigs across the world in any stadium that would have them. The world was theirs and they knew it, and it shows in this performance which is the perfect example of a band in their prime.

The way all four members attack the stage with great exuberance quickly gets the blood moving and the adrenaline pumping. What has always struck me as strange is the lack of input from bassist John Deacon. Each release has been overseen by Roger and Brian, Deacon never gives interviews nor comments on releases. If anyone can shed any light on this, please let me know. Freddie Mercury who to me is one of the greatest artists ever runs, jumps, cavorts and poses through the minutes of footage.

The way he could work a crowd is still unmatched, will we ever see another like him? I seriously doubt it.

For fact fans, this gig was originally to have been held at Arsenal football ground, but they were denied permission. Video Picture is a full frame 1. The image is slightly soft at times, particularly when smoke is on the stage, but this is a fault of the master and not the transfer.


As for the darker moments, as I mentioned at the start, they are lacking in detail, but again this is the fault of the master copy. Stereo PCM is clear, sharp and very impressive with a nice bass range attached to it. It is free from too many over dubs, and doesn't ever sound tinny; two things which are a often huge problem when live recordings are released.

The DTS track however is a stunning piece of mixing, which will give your rear speakers a good working out. From the opening moments the bass kicks in and rarely goes away, you really wouldn't have heard anything as exciting or clear as this in a very long time. Vocals are as clear as the day they were sung, and cut through the raw guitar sound like a freshly sharpened knife; they remain perfectly audible throughout.

Extras All extras are on Disc 2.

Oh no, there's been an error

Backstage Interview. This is a rough cut of interviews with Brian May and Roger Taylor, taken on the day of the concert. These are short and polite pieces from two men who seem a bit hyped up by the thrill of the event, and keep repeating how great it is to do the show at the Bowl. Freddie Interview. Now this is an excellent piece, filmed during the Munich leg of the tour. Mr Mercury talks at length in a very calm and calculated way about the main event, and reflects on what he and the rest of the band had achieved at that point.

This is one of those interviews where Freddie seems to be at peace with the world and displays none of his characteristic flamboyancy. Instead this shows a more human side to the loved entertainer, and is an excellent extra. Brian and Roger Interview.

dateline sunday u s a Manual

This small piece was also filmed in Munich and is much better than the interviews they recorded at the Bowl concert. Again the members are more subdued and thoughtful in their responses, giving more insight into the workings of the group. Tour Highlights:. Seibu Stadium, Tokyo, Japan 3 November Another excellent extra. This time we are treated to part of the concert Queen did in Japan of the same year. There are nine tracks to this feature.


Stadthalle, Vienna, Austria 12 May The footage is slightly rough but the soundtrack seems to have had a good cleaning. Photo Gallery. This collection of candid snaps of the band in action is full of rare and unseen pictures from across the world tour.

This animated gallery has an audio track called Calling All Girls playing in the backgroud, which was recorded at the gig in Japan and has remained unreleased until now. A fine collection and a great song. A great set with good, strong extras. Source: DVD Debate. Arabia - 1 in the Music DVD chart. No new information received this week. Argentina - new entry at number 19 in the album charts. Austria - stays at 1 in the music DVD chart. 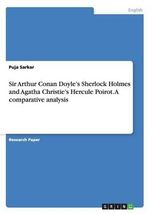